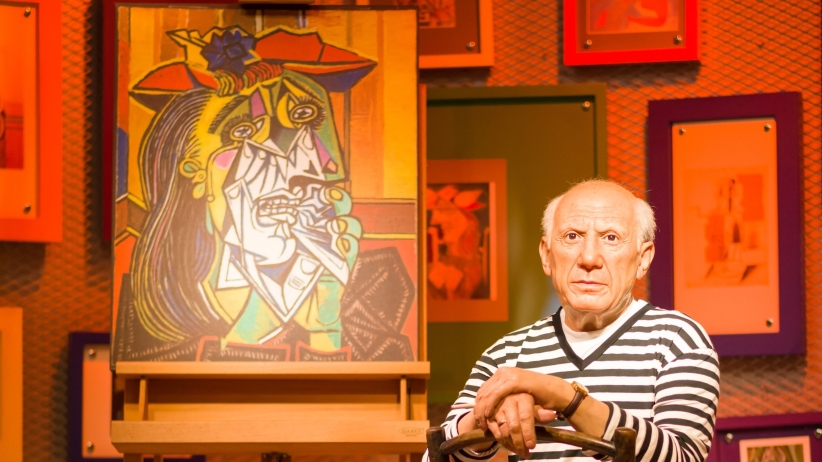 By Andrew Medal
www.entrepreneur.com
I recently read an interesting thought: If Albert Einstein was never born, eventually someone would have discovered the theory of general relativity. However, if Pablo Picasso was never born, his art would never have been created. That’s something to chew on.

At the age of 9, Picasso completed his first painting: Le Picador, a man riding a horse in a bullfight.

Related: Why Creativity Is a Process, Not an Event

Apparently, Picasso was a terrible student and had a serious problem with authority. I read that he would “chafe at being told what to do” and he was often thrown into detention. Picasso’s first job was less than promising. He signed his first art contract in Paris with art dealer Pere Menach, who agreed to pay him 150 francs per month (about $750 today).

Despite his rocky beginning, Picasso became one of the most influential artists of the early 20th century, and has a lasting legacy that pushes our creative boundaries today. Here are some of my favorites quotes attributed to the artist:

The quote has multiple interpretations. As described in Austin Kleon’sSteal Like An Artist, it means that nothing is original anymore, and everything is a remix of what has already been done. The most ironic part about this quote is that there isn’t any concrete evidence that this is Picasso’s original quote, other than Steve Jobs quoting him during a speech. In fact, those words rephrased appeared in a passage from T.S. Eliot’s book The Sacred Wood: Essays on Poetry and Criticism (1920), where he writes: “Immature poets imitate; mature poets steal.”

2. Everything you can imagine is real.

This is the entrepreneur’s creed. Picasso was the most dominant artist of the first half of the 20th century and made major contributions to surrealism, which was influenced by unlocking the unconscious imagination.

Related: This Is Where Big Ideas Come From

3. Art is the elimination of the unnecessary.

Steve Jobs is quoted as saying, “Innovation is not about saying yes to everything.” Jonathan Ives has countless quotes about removing features and decluttering to reveal simplicity. Jobs was influenced by 20th century artists, including Picasso. Apparently, Apple uses the 11 lithographs that make up Picasso’s The Bull to explain the company’s actual design process.

4. Action is the foundational key to all success.

This is pretty tough to dispute, and still holds true today for creativity and anything else in life.

5. All children are artists. The problem is how to remain an artist once we grow up.

I love this quote. This remains true today as research shows that the moment children enter school and continue to grow into adults, the creative side of their brains are used less and less.

6. I paint objects as I think them, not as I see them.

Another great one. It reminds me of the philosophy, “bend the world to your vision.” This holds true as entrepreneurs, life hackers and all creatives.

Drawing on Picasso’s (boom, a pun!) lessons has helped my own creative process, and can provide unique insight into an influential artist. Art is theft, so remember that bad artists copy, and great artists steal.