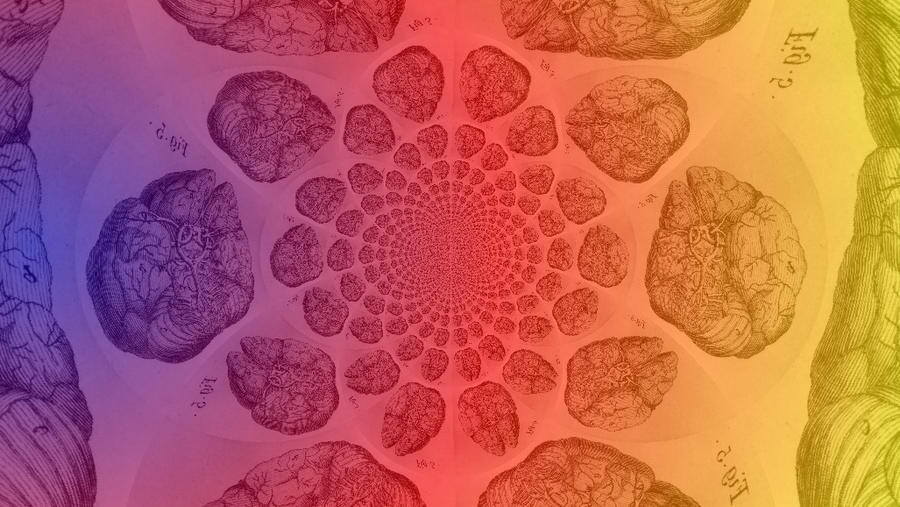 What is going on in our brains when we are in our creative mode? Besides being in a flow state, what parts of the brain are we calling on to help us imagine and create? There are three major networks in use when creating: the default mode network (also known as the Imagination Network, which sort of sounds like one of those cable channels you didn’t know you had), the executive attention network, and the salience network.

The default mode network is the part of the brain responsible for our “virtual reality”— when we daydream or imagine alternative scenarios of the past and possibilities of the future; the movies in our minds. The executive attention network comes into play when you’re hyper-focused. It’s best at problem-solving and concentrating (it’s also the area many people with ADHD have issues). The salience network filters internal and external events and decides what’s important and what can best solve a task. It also contains the dorsal anterior cingulate cortex (known as the dACC at its homies) and the anterior insular cortex (AI). The latter uses salience to tell you what to focus on (selective attention) and keeps your mind aroused by a task, making sure you are “into it” but not so into it you become anxious.

When these forces are combined (a la Captain Planet), we are free associating with the imagination network, focusing that imagination with the executive attention network, and both determining what is a good idea and staying with it using the salience network.

Frank X. Barron studied creatives in the 1960’s by putting a group of them in an abandoned frat house, inadvertently making a thinking man’s Real World (“What happens when Truman Capote stops being polite and starts being real?”). Barron found that the creatives were full of stark contradictions: they were “more primitive and more cultured, more destructive and more constructive” and of course “crazier” and “saner” than the average person.

These observations were made fifty years ago, but with modern science maintain validity. If we are full of contradictions, going from focused to daydreaming, introspective to outwardly-aware, weaving through dark and light, perhaps it is because our brains are particularly good at switching from one network to another. We can tap into different areas of mood, memory, technical skill, and levels of attention with dexterity and ease.

Despite the intriguing research into the neuroscience of creativity, the true nature of the state, like falling in love, is likely to remain a beautiful mystery. Similar in the ways we understand outer space while knowing we can’t quite measure it, we can also understand the inner workings of the creative mind but must admit much of it is beyond measurable scope.