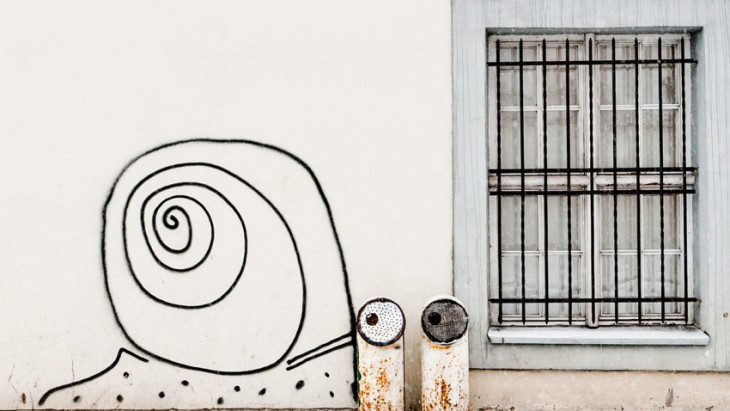 Researchers have been studying creativity for more than 150 years, yet it still remains elusive. We’re not much closer to understanding what it is exactly that sparks unique ideas. One reason for this lack of insight may be that so much research has looked at the wrong things. Until quite recently, creativity has been studied from the assumption that it is a function of particular individuals and their characteristics. Researchers have asked, “What is it about certain people that causes unique ideas to emerge from their minds?” But some students of creativity are now beginning to realize that this question ignores other critical factors that can promote or inhibit novel thought patterns that lead to unique, creative works.

One of the fundamental drives that motivates people in their careers and personal pursuits is the need to be distinctive — to leave a mark on the world through personal achievements. In Art and Artist, psychoanalyst Otto Rank suggests that people’s desire to be creative stems from their need to feel immortal, symbolically at least, and to leave their indelible mark on future generations in the form of artworks. If Rank is to be believed, this drive to be unique may be the primary motivation for many of us to follow a path of creativity.

On the other hand, we humans are a mass of contradictions, and there’s another drive that has the potential to undermine our motivation to seek uniqueness: our need for connection with others. As psychologist Abraham Maslow suggested, we all need to belong to groups, to feel, to be seen, and to have things in common with others. Those who do not fulfill this need to belong may have considerably less resilience in terms of emotional stability; the link between creativity and “poor mental health” has been well documented and may stem from this underlying sense of being an “outlier.” 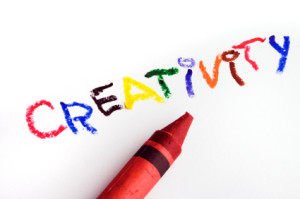 When we’re group-oriented, enjoying the safety and sense of companionship that group membership provides, it is our similarity to others that is salient. And when we’re indulging in our need for individuality, enjoying a sense of uniqueness, it’s ourdissimilarity from others that is critical. As my own research has shown, this dissimilar condition is what helps us explore cognitive paths that are different from those trodden before — either by us or by those around us. These two intrinsic, human drives operate in opposite directions, with our sense of group membership encouraging cognitive processes similar to other group members and undermining the motivation to think uniquely — that is, undermining creativity itself.

Several studies lend practical support to this theoretical notion. In times of trauma or potential stress, we tend to gravitate toward being with others, identifying closely with our in-groups, by flying the national flag or going to church more often. But creativity seems to decrease under these circumstances.

So when you’re managing a team or working in a group, what can you do to help foster creative thinking?

In team settings, the “group vs. individuality” dynamic depends on whether the team has a collectivist orientation, where the good of the group is expected to prevail, or an individualist orientation, when it is expected that individuals will strive for their own benefit and that of their immediate families. It’s no coincidence that the U.S., arguably one of the most individualist countries in the world, is also the most creative in terms of patents generated, innovation, and scientific research publications. The result of individualists working within an individualist culture, then, is likely to be a high level of innovation. However, let’s consider a Portuguese or Asian culture — both highly collectivist, compared to the U.S. — such as a Portuguese subsidiary of a U.S. multinational. It’s not uncommon for the parent company to “import” its underlying corporate modus operandi into the environment of its subsidiaries, sometimes as a matter of policy but sometimes simply because management teams from the central office have set up the structure and practices of the subsidiary. Under these circumstances, employees drawn from the local community can find themselves in a collectivist environment at home but in an individualist workplace. The implications for creativity become difficult to predict under circumstances like these. While more research is needed to determine how these “hybrid” circumstances affect creativity, it’s reasonable to assume that people will adapt to different cultural norms in different circumstances.

A further example of how the group-versus-individual dynamic affects creativity is the act of brainstorming. During the last half of the 20th century, companies that wanted to encourage creative thinking relied on brainstorming and team building as important tools in their toolkit. But in both situations it’s the group that becomes important, which is perhaps the reason why brainstorming has never fulfilled its original promise. When advertising executive Alex Osborn popularized brainstorming in the 1953 book Applied Imagination, he predicted that it would double the number of ideas that a group of people would generate in response to a problem or challenge. However, it proved not to live up to his expectations. As later research showed, brainstorming actually reduces the number of ideas a group produces when compared with the number of ideas that can be generated by those same individuals on their own. 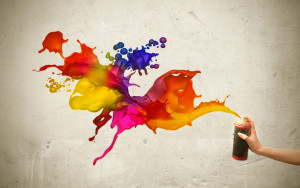 So if you can’t rely on brainstorming and teamwork to elicit more creative ideas, what can you do? One remedy is to make sure that individuals have plenty of space for individual contemplation and input. In a brainstorming situation, this might mean having group members take time to generate ideas on their own (not in the immediate environment of other group members). Individuals can then come back together to share their ideas and discuss how their individual contributions relate to the task at hand. They may diverge one or more times to generate ideas that build upon the original contributions. In our everyday work environments, this ability to find personal time and space to think is crucial to enabling creative thought.

But even when given the space and freedom to flourish, creativity can be an elusive and fragile phenomenon, which can be affected by factors such as leadership style, stress, and organizational culture. A corporate philosophy that lets people know it’s OK to be creative is critical, as is leadership that promotes the notion that everyone’s creative contribution will be taken seriously. Given the importance of innovation in contemporary organizations, isn’t it time we all started taking creativity more seriously?

Andre Walton is a visiting professor of creativity and entrepreneurship at the University of South Wales. He’s also the author of Embracing the New Era: Managing oneself and others into the era of creativity.