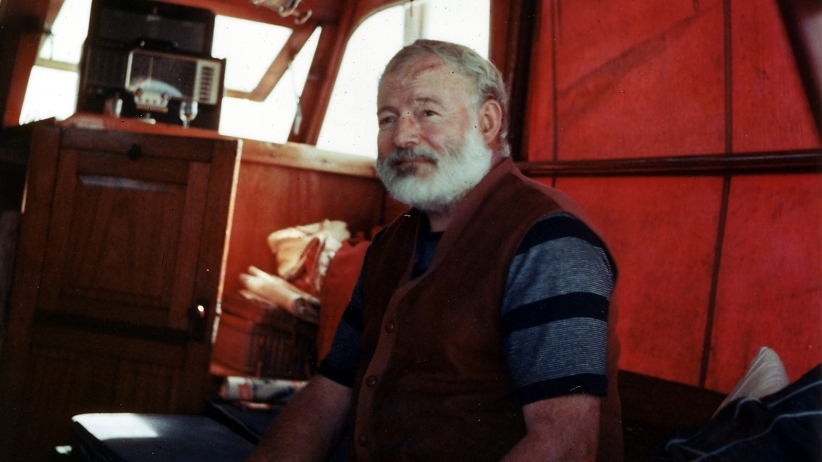 Jeff Goins
http://www.entrepreneur.com
The other week, I was invited to a dinner hosted by a friend. Those attending included people I’ve admired for years. Halfway through the dinner, I silently asked myself, “How did I get here?” The answer lies in what I subsequently learned.

Related: Become a Networking Beast by Following This 5-Step Plan

For years, I had heard people talk about their influential friendships and subsequent success, and each time, I would seethe with envy. It seemed unfair. Of course those people were successful. They knew the right people. They were in the right place at the right time. They got lucky.

Years later, however, I discovered that success is born of luck — I don’t think any honest person can dispute that. But luck, in many ways, can be created, or at the very least, improved. The truth is, life is not fair. For creative work to spread, you need more than talent. You have to get exposure to the right networks. And as unfair as that may seem, it’s the way the world has always worked.

The good news is, you have more control over this than you realize.

What makes a person creative? As human beings, of course, we are all endowed with the ability to create. But, what is the difference between that kind of “little c” creativity and the world-changing “big C” creativity that changes industries and leaves a legacy for generations to come?

In his decades-long study of creativity, management psychology expert Mihaly Csikszentmihalyi described what he called a “systems approach.” Since “creative” work tends to be subjective, he posited a model that included three systems:

In order to be considered creative (in the sense that it offers some kind of enduring work the world remembers), a work must satisfy all three of these areas. Here’s how it works: First, an individual must master his or her craft in a given domain (art, science, mathematics,etc.). Then, this person must offer the creative work to a field of influencers in that domain who are trusted experts. Finally, those gatekeepers must decide whether the work is worth being accepted into the domain as being authoritative.

That’s the systems approach to creativity. And as much as I initially winced at the word “gatekeepers” when considering what makes creative work succeed, once I started reading biographies of famous artists, scientists and musicians, Csikszentmihalyi’s theory made a lot of sense. Talent is only part of the equation. The rest is networking.

When he was just a young man in his early 20s, Ernest Hemingway moved from Chicago to a poor district in Paris. He had just returned from a short stint of serving with the Red Cross in World War I and wanted to pursue a career in writing.

There was just one problem: Hemingway didn’t have much exposure to other writers. Who would teach him?

In Chicago, Hemingway met Sherwood Anderson, who encouraged him to move to Paris to meet Gertrude Stein, who led a community of writers, poets and artists there. Plus, it was cheaper to live in Paris, and Hemingway could live modestly while still having time to travel and write.

In Paris, he met Stein, as well as Ezra Pound, James Joyce and many others who would shape his work for years to come. This included a connection via F. Scott Fitzgerald to Scribner’s, the publisher that would later publish his novels and change the course of his career forever.

Before that decade in Paris, Hemingway was a writer of some notable talent and a pretty good journalist. But after those years when he immersed in the creative work of others, he became a household name.

Due to the connections created through that Paris community, Hemingway became one of the most famous writers of the 20th century. It’s inconceivable that such a development could have happened anywhere else. Not because there was something special about the Left Bank at that time, but because without a network, creative work does not endure. In other words, without Paris, there would have been no Hemingway. But, what does that mean for mere mortals like you and me?

Finding your own Paris

Are we doomed to failure if we don’t live in the right place at the right time? Of course not. But networks matter, maybe more than we care to admit. Vincent van Gogh’s work matured much more quickly once he met the French Impressionists. And why wouldn’t it? He now had a field of gatekeepers who both critiqued and validated his work.

Whether we like it or not, we all need some kind of objective standard against which to measure our work. And although van Gogh did not sell much of his work in his lifetime, it was the tenacity of a well-connected sister-in-law that eventually brought his paintings to market. In fact, most of the great art the world has ever seen came about not through a single stroke of genius but by the continual effort of a community.

Networks. Partnerships. Creative collaborations. This is where enduring work originates, and, incidentally, this is how we get works like The Lord of the Rings and The White Album. Creativity is not a solitary invention but a collaborative creation. And communities create opportunities for creative work to succeed. But how do you apply this approach if you don’t live someplace like Paris, New York or Rome?

Well, of course, you could move. According to Csikszentmihalyi, it’s better to move somewhere new than it is to will yourself to be more creative. And today, it’s easier than ever to transplant yourself someplace inspiring, even if your move is just temporary. I did this eight years ago, relocating from northern Illinois to Nashville and unknowingly inserting myself into what would become a hub of creativity, technology and entrepreneurship. I’m glad I did.

But you could also let go of your excuses and realize that there’s a network available to you right now, wherever you are. This may come in the form of an online mastermind group or a series of events you attend, maybe even one you organize yourself. The truth is, there are connections everywhere and always more resources available to those willing to look.

A seat at the table

Five years ago, I decided to do something radical — well, radical for me at least. I let go of my cynicism and began reaching out to influential bloggers and authors, people I had watched for years and wanted to know. I asked them to meet me for coffee. And here’s the crazy part: Most of them said yes.

Even though I was a shy person, I met these heroes of mine and followed up with them, doing everything I could think of to help them. In some cases, it just meant buying their coffee. In others, I would interview them for my tiny blog, realizing that even the most influential people don’t mind talking about themselves.

I tried to be the kind of person these people would want to invest in — following every piece of advice they gave, doing everything they told me to do and not questioning a single word of it. And at some point, I got lucky.

It’s naive to say success doesn’t involve luck. Of course, it does. Crazy stuff happens all the time, stuff we can’t control that sometimes works in our favor. At the same time, luck is not completely out of your control. Luck can be planned. Although I can’t tell when or where luck is going to come from, I do know that the more you put yourself in the company of greatness, the more likely some of that greatness will rub off on you.

For Hemingway, this was Sherwood Anderson and eventually Gertrude Stein. These were the people who held the keys to the kingdom, and every domain has at least one. Find someone who is connected to the people you want to know, and be strategic in reaching out, tenacious in staying in touch and intentional in demonstrating your competency.

2. Connect with people in the network.

Stein introduced Hemingway to other writers in Paris who could help him, but he was also relentless about meeting with them. He used to spar with Ezra Pound on a regular basis, boxing with him and learning how to write terse prose in the process. If you show the gatekeeper you’re willing to learn, he or she will likely introduce you to others and keep investing in you.

3. Help as many people as possible.

This is crucial. It’s not just whom you know, it’s whom you help. People remember what you do for them a lot more than they remember how clever you were. In spite of his reputation as an alpha male, Hemingway did this, too — helping Stein get her work published, encouraging Fitzgerald when he suffered from creative blocks and bringing attention to the work of the Left Bank.

Of course, every person’s journey is his or her own. But what I am now more certain of than ever is that success in any creative field is contingent on the networks you are a part of. The question is, will you embrace the power of networks, or will you keep thinking those people are just “lucky”?

Luck comes to us all. But those who recognize it are the ones who succeed. Every story of success is really a story of community, and the way you find yours is by reaching out and taking advantage of the opportunities that present themselves — whether the setting is Paris, Chicago or your own hometown.