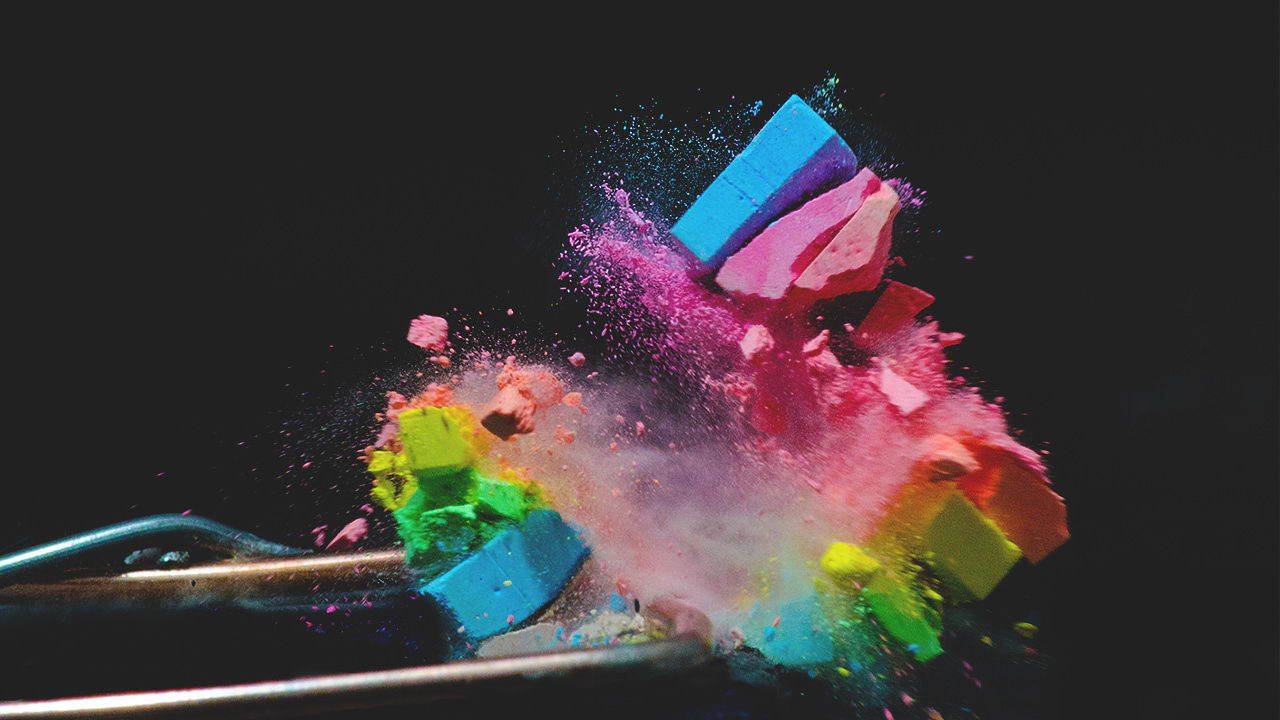 When best-selling author Elizabeth Gilbert gets bored with something she’s working on, she often has the urge, as many of us do, to get up and walk away from it. But she doesn’t. Instead, she sets a kitchen timer. Twenty minutes. And she sits.

Surely she can stay in that chair for 20 minutes and focus, or, at least, resist the impulse to run away from the challenge. “Sometimes, at around minute 17 or 18, you get a little thread of something, and then 40 minutes have gone by,” she says. “You have to get through the boredom to get to the exciting part.”

Exciting as it may seem, when you get down to it, creative work can be a grind. It requires chair time, focus, sitting through the discomfort of uncertainty, and resisting the temptation of countless distractions coming at you from all directions. “I don’t kid myself into thinking that it’s supposed to feel good all the time,” says Gilbert. “One of the delusions people have is that creativity is supposed to be a fun life. A lot of the work is very tedious.”

One of the delusions people have is that creativity is supposed to be a fun life. A lot of the work is very tedious.

But also, says Gilbert, there’s an element of magic to it—that something inexplicable that enters the picture at some point, often unexpectedly. Call it an a-ha moment or a breakthrough.

Famed for her soul-searching memoir Eat Pray Love, Gilbert has her own name for it: Big Magic, also the title of her latest book—a self-help guide to creative living that points out, among its various insights, the unavoidable paradoxes of creative work.

Lovely as big magic sounds, the catchphrase is of course fraught with contradictions. If we don’t force ourselves to do the hard work, we won’t make room for those breakthrough moments. In other words, without the work, there’s just no magic. Creative work is riddled with such paradoxes—the need to embrace two wildly contradictory realities and find a safe middle ground between them. Fast Company spoke with Gilbert about the inescapable paradoxes inherent in creative work, and how to embrace them.

Your Work Matters, And It Doesn’t Matter

A friend once gave Gilbert some wise advice: “Unused creativity is not benign.” In other words, you can’t ignore it. If you have a tendency for creative thinking and a passion for creative work, but are finding there’s little room in your life for it, make room. Because it matters. “If you don’t give [creativity] an outlet, it doesn’t just sit there and idle in neutral,” says Gilbert. “It turns on you and makes you feel small and depressed and useless. If I am not actively creating something in my life, I’m actively destroying something.”

But important as making room for that creative impulse is in our lives, it’s also easy to blow it out of proportion. Ultimately, the person it matters to most is you. “I don’t have messianic ideas that what I do is going to change the world,” says Gilbert. “It matters to me. It doesn’t matter to the world. That’s how I feel about my creativity.”

And so there’s the balance of acknowledging the vitality of creative work to your wellbeing, mind, and emotional state, while also not blowing its importance to the world out of proportion. Appreciate and acknowledge how time spent on a creative endeavor feeds you personally, because that’s always what matters most.

Make Room For Fear, But Don’t Let It Control You

Fear is almost always the driving force behind our resistance to leap into a new project or undertaking. We’re afraid it might flop, that we’re not up to the task, that we might learn something dark and ugly about ourselves in the process, that we might be wasting our time, or people will hate it. The laundry list of fears that stand in our way goes on.

But whenever you start to work on a creative undertaking, ask yourself these two questions:

They’re the two questions Gilbert asks herself when she sets out to work on a project. “People have lots of reasons why they aren’t doing what they are doing,” she says. “If you start to pick that explanation apart, there’s always fear.”

Instead of pretending your fear doesn’t exist, acknowledge that it’s there, but dial down the drama around it.

There’s no avoiding that apprehension and its many guises. But you can’t simply “conquer” your fear or “show it who’s boss,” says Gilbert. “The language a lot of people use around fear is based in extreme sports language,” she says. Using such conquer-the-giant language can backfire and actually make you more afraid to step up to the task. The more aggressive that language becomes, says Gilbert, the more fear-inducing it tends to be. Instead of pretending your fear doesn’t exist, acknowledge that it’s there, but dial down the drama around it. “I’m not aspiring to be fearless,” says Gilbert. “When it arises, I acknowledge it. You have to let your fear stay alive, but don’t let it make any big decision.”

There’s a difference, says Gilbert, between fearlessness and bravery. “Fearlessness is really a macho concept. Bravery is a human concept,” she says. “Be brave, not fearless.”

It’s Never Too Late To Start, But Don’t Wait For The Perfect Moment

Creative work doesn’t come with a set of rules. What it does require, however, is discernment. “Aristotle said the most important human virtue was discernment—being able to choose at any given moment the appropriate path of action rather than making hard-and-fast rules,” says Gilbert. That means some days, you won’t have time for the creative work; other days, you will have time but won’t want to do it; or perhaps you’ll be waiting for the “perfect moment” to start.

There is no perfect moment. So don’t wait around for it. Starting is often considered the most difficult undertaking for many creative people. But there’s never a perfect moment for it.

At the same time, you won’t always be able to carve out the time because life will happen. But that doesn’t mean it’s too late. “So today I didn’t write. That doesn’t mean I’m going to art prison,” says Gilbert. “You can’t do and be everything all at once. You can only do and be what you are humanly capable of.”

Let Go Of Your Ego, But Let It Drive Your Ambition

If you ask Gilbert, “Do you believe in magic or do you believe in hard work?” her answer, invariably, will be yes. “For creativity, it’s essential to move between these two ideas,” she says. “We are all capable of holding two disparate ideas in our mind at the same time.”

One of the greatest paradoxes is the balance between what she calls ego and soul. “While I’m writing my book, I am writing from a place of soul. When I put it out in the world, I put it out from a place of ego,” she says. “If it isn’t successful, I have to immediately revert back to soul. You have to move between those two all the time, otherwise it’s not going to work.”